It has been a really busy week and it would seem that it will only get busier all year long! It has already been almost a month since I started lecturing part time and it has been fun thus far (except for the preparation of  exam papers). Somehow attending classes as a student seemed like a drag but it is the other way round when given the opportunity to share – or maybe it’s just me – the opportunity to share with the students, future entrepreneurs, is really something :) 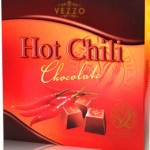 The project for the largest chocolate retailer in Malaysia just went full swing! We are now in the midst of compiling photos of yummy chocolates to first work on the website. The website is usually the first apparent change for a online positioning project after thorough investigation and discussions with the company’s stakeholders. Websites today should be compatible with all modern browsers, mobile devices and for a chocolate business – pictures, pictures and more pictures!

With over 300 different types of chocolate, it’s gonna take some time to have them all up. Fancy a Hot Chilli Dark Chocolate, anyone?

A couple of projects were also launched in the past week including the 2nd Malaysia’s Online Fashion Entrepreneurs’ Weekend! Going beyond last year’s success, MOFEW 2011 is gearing up for twice the size, twice the fun and twice the exposure – once again being the largest gathering of online fashion entrepreneurs in Malaysia to highlight the online fashion scene and the people behind the industry. Check out the promotional video:

To think of it, it is only the beginning of March – a whooping 9 more months to end 2011 with a big bang! It’s definitely a busy year with more projects in the pipeline but it’s gonna be great!

It’s the 2nd last Monday of the year and less than a week away to Christmas! I don’t know about you but things seem to be getting busier by the day. Is that happening to you, too? Oh, if you noticed, I’ve changed this site’s background to green in conjunction with Christmas.

Just 2 days ago I was given the opportunity to share to a bunch of eager entrepreneurs on how MOFEW can assist them in starting off their very own online fashion business at Teeq Brasserie, Lot 10 KL. It was a half day event with about 100 participants for them to learn, exchange business opportunities and network among like-minded people in a really casual environment – haven’t spoke in events like that for quite sometime.

The highlight was really a reminder to aspiring entrepreneurs to look beyond mere sales especially in these times where engagement is equally (or even, more) important than figures. With competition on the rise, customers today are also spoilt for choice and only those whom are dedicated and committed to DELIVER will remain competitive.

I shared 2 simple tips on how entrepreneurs can take their business to the next level:

#1: Build your network to increase your NET WORTH!

Every business regardless of it’s size, requires a network for it to survive whether it is a network of businesses, consumers or suppliers. Start-up entrepreneurs often think that since they are still ‘small’, they may not have what it takes to build a network – and that’s absolutely wrong! The smaller you think you are, the bigger the network you should have!

Playing the waiting game often do not work no matter how extensive your business network is. Look / create opportunities to expose your brand to the consumers. Active participation plays an important role here. Sit back and relax and you’ll lose out. Use videos if your competitors are using photos, change your packaging, use social media tools, web layouts and etc. Do what it takes to stand out!

Speaking about social media and Christmas…

Here’s a video you definitely want to check out! 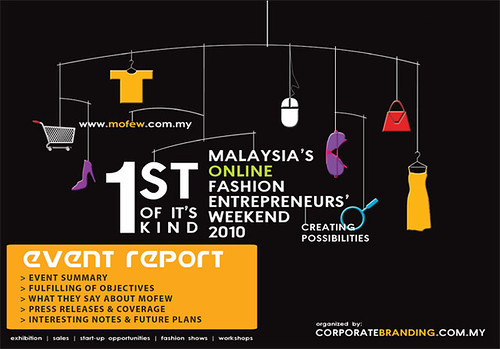 It has been about a month now since MOFEW 2010 and lots of back-end work have took place ever since – compiling of data, closing of accounts and various follow-up duties. The result? We finally managed to get the Official MOFEW 2010 Report up and it can be downloaded over here (5mb)! This 32-page report contains the many aspects of the project including statistics, pictures, feedbacks, media write-ups and also a special page highlighting some very interesting facts of MOFEW! I’m sure glad it’s all done especially when it took out an entire month! Have a look at the report!

Do take a look at what the Malaysia’s Online Fashion Entrepreneurs’ Weekend is all about on the official Facebook page and for pictures, too!

Despite the busy schedule, thankfully, I was still able sneak some time out for the premiere of Legend of the Guardians: The Owls of Ga’hoole in 3D last Monday at Pavilion Kuala Lumpur. It was a very good movie with a decent storyline, couple of laugh-worthy scenes, awesome visual graphics and a pretty catchy theme song by Owl City! If you’re intending to watch it, 3D is the way to go for this one! Oh, the tickets were free, sponsored by Advertlets, an Asian blog advertising network located in Malaysia.

Looking ahead, I’m sure it’s gonna be yet another amazing week with great opportunities to be unfold! There are several projects on the way and they’ll will be leveraging on the power of social media for a greater measure of success. It’s gonna be really exciting to work with companies that sees social media as an important element to their business and is willing to take the step to make the change. Will be sharing more on it when it is confirmed! For now, it’s the weekend!

Speaking of social media, I can’t help but to share this video I stumbled upon on YouTube:

Have a great weekend ahead! 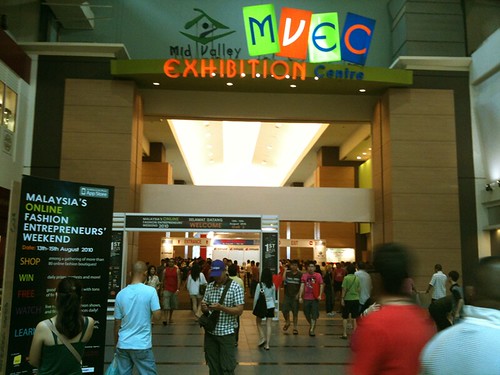