Social media is not something new in Malaysia and is widely utilized as a marketing channel across businesses and corporate organizations alike. In fact, a recent research by SocialBakers reported that Malaysia is among the top 10 most socially devoted countries on Facebook, led by corporate titans such as AirAsia!

However, many businesses are still trying to catch up with the rapid pace to see how can they effectively reach out to their target audience on social media networks as Malaysia is quite diverse in culture after all.

That said, there’s an upcoming event that I’m pretty excited about – the KL Social Media 2012 which is a gathering of different industry players to network, share ideas and to learn more about the ever changing landscape of social media. The event will be held on the 25th August 2012 (a Saturday), from 3pm to 6pm at Midi57 Bangsar, Kuala Lumpur with a range of speakers from various industries on topics such as mobile marketing and the usage of LinkedIn for businesses.

If you’re interested, do drop them a line at [email protected] or call 03-21697386. Tickets are sold for only 60MYR, inclusive of food and drinks and a special door gift.

To find out more info about the event, the speakers, the topics and the prizes you may take home (including a book by Neal Schaffer!) lined up, head over to the event page and join the fun!

I will definitely be there so if you’re coming along, do drop me a note and we can probably meet up to have a chat over coffee or something. See you there! :)

Disclaimer: this event is organized by a friend of mine which is an advocate for making online marketing more human and blogs over here.

About two weeks ago I was invited to speak to 120 aspiring entrepreneurs at a workshop hosted by Prudential Malaysia under the RU Ready campaign, specifically targeted towards college / university students and young adults. It was an exciting opportunity as I always enjoy sharing with young people but yet a humbling experience to be speaking alongside two well established entrepreneurs, Candice Lee (Sales Director of Capital Asia Group) and Timothy Tiah (Co-founder of Nuffnang). 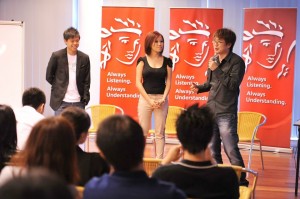 Speaking to young entrepreneurs always reminds me of the excitement of being an entrepreneur, especially when you’ve a new idea in mind. You just can’t stop thinking and talking about it with the intention to grow the idea and eventually commercializing it. However, any entrepreneur would tell you that the journey won’t be easy. It’ll be tough. That’s because…

One of the key attributes of an entrepreneur is to not fear failure, so much so that if you’re afraid of failing, you won’t cut it as an entrepreneur. It is a never ending journey of trial and error and what worked for Mark Zuckerberg or Steve Jobs may not work for you, simply because there’s no one fixed formula to success in entrepreneurship.

Similarly, there is no fixed formula to social media success

In the excitement of establishing a new business as an entrepreneur, many approach social media as if it is the cure to business problems or the formula to a successful business. The thing is, entrepreneurs must remember that building your social media presence is similar to building a business. It takes time, commitment and dedication that grows through time.

Social networks are a gift to entrepreneurs. It is only until the introduction of social networks that entrepreneurs are able to start at a faster pace. Think about it – you’ve resources on blogs, video content on YouTube, and a whole world to explore and to be in contact with potential investors, partners or buyers via Facebook, Twitter and LinkedIn.

This is the introduction to a 4-part series on social media for entrepreneurs so stay tuned for more!

Here are the slides to my sharing session at the workshop if you’re interested:

On 1st October 2010 I was invited to attend the Sa Sa Fragrance Award Presentation held at Sunway Pyramid. The event had a pretty interesting concept as awards are given to popular fragrances, voted by Malaysian consumers throughout a 38-day duration via a microsite.

If you’ve never came across the brand before, Sa Sa is a one-stop cosmetic specialty store with over 29 outlets throughout Malaysia. Sa Sa originated from Hong Kong has been in the Asian market since 1978, carrying a variety of beauty products from skincare, makeup, haircare, fragrances, health food and even beauty accessories.

What captured my attention in this event is that Sa Sa managed to find a specific area in their business operations and used it as an opportunity to engage consumers, to get their customers involved and be rewarded for their support. They transformed their stores nationwide into an engagement platform instead of mere sales outlet. The outcome? They managed to gather 38,436 votes which also means they successfully engaged close to 40,000 customers through this campaign alone – just by leveraging on their day-to-day operations. 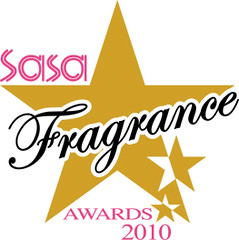 How so? Sa Sa first identified 6 award categories for the fragrances in which the consumers will have to cast their votes accordingly, namely: Best Women’s Fragrance, Best Men’s Fragrance, Best Couple Fragrance, Fragrance of the Year 2010, Special Colorscentsations Award and the Online People’s Choice Award. To create an engagement opportunity, Sa Sa threw in a PULL mechanism in which voting customers, in return, will stand a chance to win prizes including a Designer Diamond Necklace worth over RM8,000 + RM2,000 Colors & Fragrance product hamper as the grand prize! If that isn’t much of a PULL to you, Sa Sa also donated RM 1 from each bottle of fragrance sold during the campaign to the Breast Cancer Welfare Association (BCWA) amounting to RM13,389 in total!

“A PULL creates attraction among consumers. It can be freebies, special offers, discounts, upgrades, additional services and yes, even charity – anything that captures and commands attention. Remember, your promotion means nothing if it does not captures attention.” 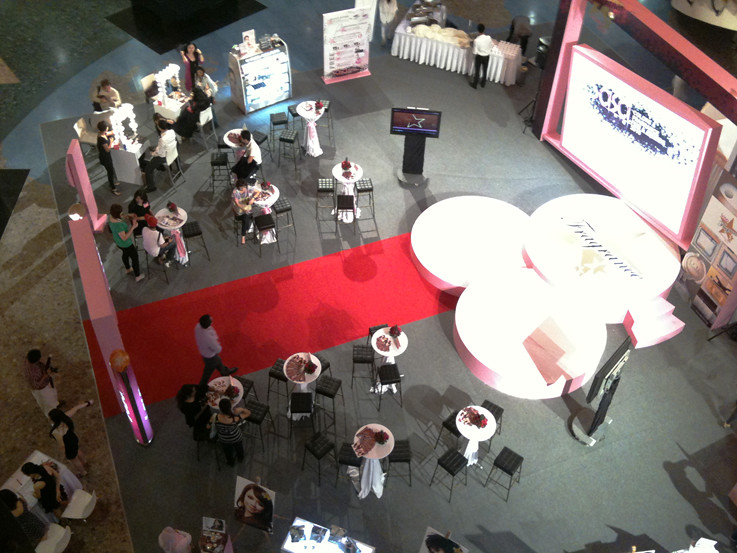 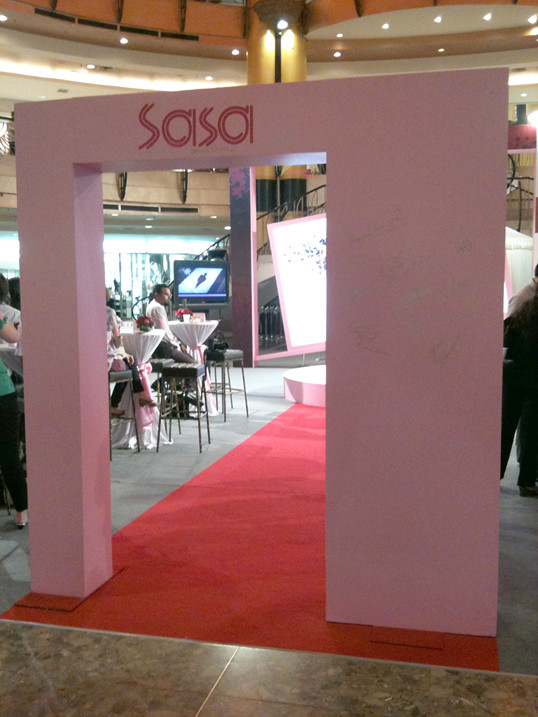 Back to the event! Invited guests were given the privilege to place an autograph on the entrance arch which was a pretty cool idea as it is a subtle way of appreciating the guests. However, such privilege can easily be abused by the guests, minimizing the brand’s appeal thus brand precautions should have been taken into consideration. Take a look at the picture towards the left (click to enlarge) – as you can see, there are a number of autographs already on the arch coupled with a grand red carpet entrance. Just above the arch sits Sa Sa’s logo, and it has obtained a ‘new tagline’ (i.e. guest autographs). From a branding perspective, that may not be the best thing to portray to the public as the brand should always have a ‘breathing space’ to avoid congestion and misinterpretation of the brand image. 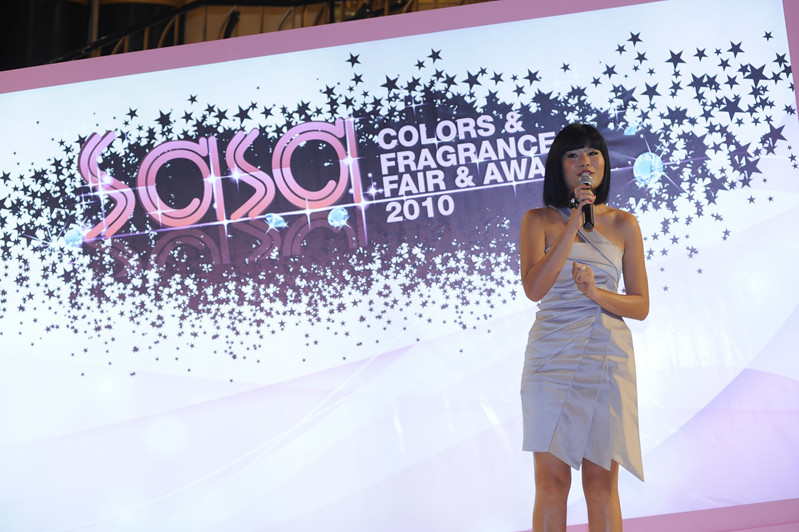 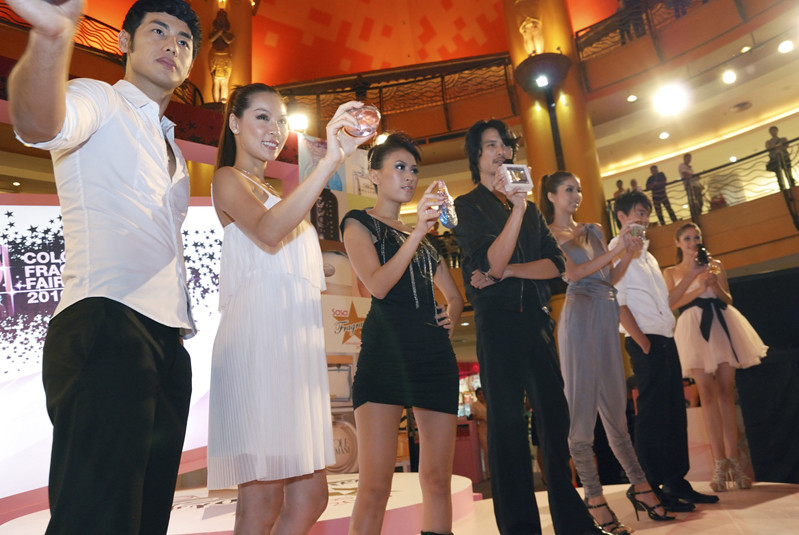 Putting that aside, the event progressed very smoothly with constant flow of juices and finger food (yet another hospitality plus point!). Hosted by Xandria Ooi, the nominated fragrances were introduced and brought to the floor by individual models, each representing the look and feel of the fragrance that they carry, after which the results were announced, leading to the prize giving ceremony.  The event eventually drew to a close with a mock cheque presentation to the charity body. Oh, in case you were wondering, the below are the winning fragrances voted by Malaysian consumers: 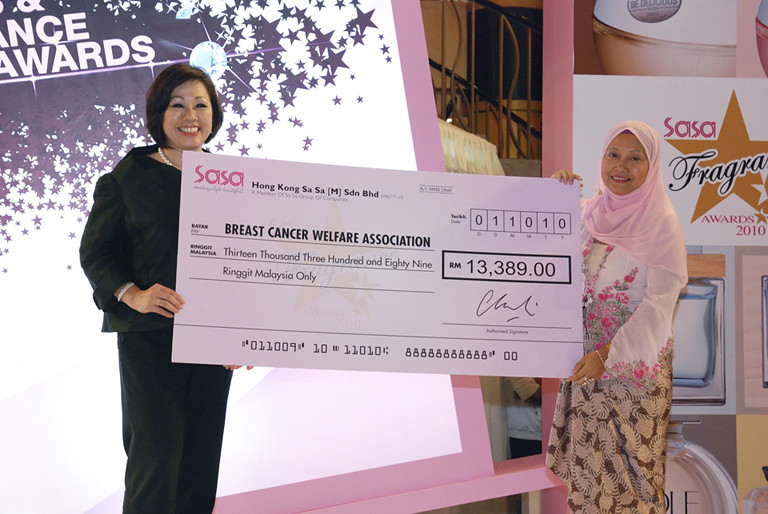 It is interesting to note that there are many areas we are able to learn from this simple event – from the concept to the execution. Hopefully you were able to spot and pick up some ideas from it too! Start looking into your own brand and business, is there something you could convert and command attention with it? I’m sure there is ;)