This is a guest post by Margie Clayman (@MargieClayman), the director of client development at Clayman Advertising, her family-owned agency. She is the third generation of her family to work there! Margie is the community manager at 12most.com, the librarian at The Blog Library, and the resident blogger at MargieClayman.com.

When I was first reading about social media, which was in about 2007, the levels of excitement that were surrounding this brave new world was hard to contain. Although the technology was cool, what people in my sector of the business world were really excited about was that brands were becoming personal. With social media, you’re no longer just a customer who buys a certain laundry detergent.

Now you were a face, a name, and interests on that manufacturer’s facebook fan page or on that company’s Twitter account. The other side of the coin was that the company was no longer just a company. Maybe the Twitter account was managed by a person named Jill. Well, now you were buying your laundry detergent from Jill, and Jill was selling to you, a real person with a name and a personality.

What could be greater?

Fast forward to almost five years later and the world online is getting a bit more complicated. While it’s true that brands are becoming more personal, a few problems are starting to arise because of scale and because of human nature. All great things must come to an end, or at least, they have to change, right?

Oh no! I gave away all of my best work for free!

One thing that online brands are realizing is that in the effort to really get to know their customers, along with other companies, they gave a LOT of information away. All of those blog posts you’ve enjoyed reading over the last few years have essentially been people giving away their expertise. Sure, some sites have always had ads on them, but we all know that online ads are mostly good for branding, not for clicks. And besides, even if someone clicks on an ad on your site, they’re not really buying what you sell. They’re buying something that someone else is advertising on your site, right?

Now, a lot of people are wondering how they can push the rewind button on that decision. They want to start charging, or they want to start charging more. With such close contact to their customers, they are hearing about this a lot more often and with a lot more vitriol than might have been the case a few years ago. This is an increasingly big conundrum for online brands.

Oh no! I don’t really think you’re my customer!

Another problem brands are struggling with right now is the realization that a lot of people that they follow, or who are following them, are not really customers. They’re not even prospects. Heck, they might not even be competitors. In the race for online clout (yes, spelled with a c, not a k), people raced to get as many followers as possible without stopping to wonder, “Hey, would this person ever buy from me?”

Now, people who have thousands or hundreds of thousands of people in their online communities are wondering how to filter through all of those people to get to the ones who might actually help them grow their business. As we’ve seen over the last few weeks with the “great unfollowing of 2011,” this can cause a lot of misunderstanding and discomfort, as is the case with so many adjustments. Again, because brands and customers have been so closely intertwined for the last few years, the blowback to these evolutions can be pretty severe.

Oh no! You want me to respond to you right away!

This is perhaps the biggest problem haunting online brands right now. When a lot of brands moved online in 2008 or 2009, there were not nearly as many people online as there are now, and nobody really knew what they were doing. It was all unchartered waters. Brands could respond to requests, suggestions, or calls for help lickety split. Five years later, customers and/or prospects still carry that expectation.

We have been taught that social media enables brands to execute customer service better than ever before, and that response times should be in minutes, not hours. Due to scale, however, responding that quickly to everyone is no longer an option. If the person managing a brand’s account did nothing but respond to people all day, they still would miss someone, and that someone would likely vocalize discontent.

Oh no! How can we get out of this mess?

Well, that’s the million dollar question. It seems like just like in the business world, social media is moving to a scenario where the smaller and more flexible you are, the better off you might be. Could we be moving to a brand new model where fewer followers is the optimum mode of operation? Could we be moving to a world where blog content is gated and must be paid for? All of these changes are going to be very uncomfortable, and there is likely to be a lot of rather hostile discussion as social media grows up and evolves.

Then again, I could be totally and 100% completely wrong. What do you think about the future of brands online? Where are we headed, and where are we now?

This is a guest post by Adam Pedley (@Adam_Pedley) is the founder of Binkd home of the Binkd Promotion Platform. Adam is also a great buddy and one with great insights on promotions. Enjoy! 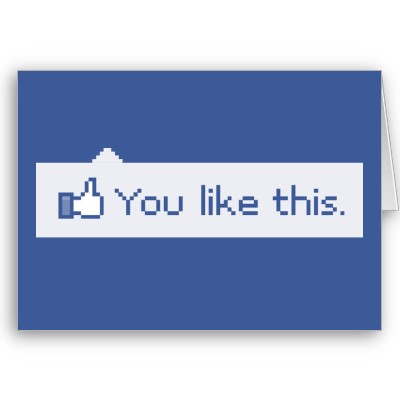 As a business owner you want to increase your following and engage with your customers. A perfect way to do this is to run a contest. Give a way a prize, get people spreading the word of your business, every one wins right? Unfortunately this isn’t always the case. Here are 7 points you need to consider before running a contest to help avoid consumer backlash.

1. Avoid Voting Contests Or Apply Strict Rules To Them

People get REALLY angry about this and this actually tends to be worse when you are in a predominately women focussed business (e.g. homewares or fashion).

You can either avoid voting contests, put in place strict rules forbidding people to post on these pages and if they are found to have done so, they can be removed from the contest, or do a vote for a chance to win.

Vote for a chance to win is a slight variation on a plain voting contest. Each vote they get is a chance to win, but not a guarantee, hence it limits the effectiveness of gaining votes from random strangers. This type of contest is available on the Binkd Promotion Platform.

2. Ensure Your Prize Is Highly targeted And Valuable

If you give away a cheap or not applicable prize to your audience not only will you lose credibility, you will anger your customers for wasting their time reading your contest or making them feel devalued and not worthy of your time.

A highly targeted and valuable prize will gain you more entrants and greater trust with your followers. They are also more likely to keep coming back.

There is always the potential for things to go wrong in your contest. Maybe you made an error in the terms or setup the contest incorrectly. These errors normally surface in the first few hours hence it is best to launch a contest early in your working day. This gives you the ability to monitor your contest and correct any errors during the day, rather than waking up in the morning to discover a PR nightmare.

4. Don’t Change The Terms Once The Contest Is Running

Apart from being illegal in some countries, changing the rules of the contest after it has started never goes down well with entrants. If you think you may need something in the terms, write it in now and don’t add it in later. Your terms should be well crafted and looked over by a lawyer to ensure it is valid in the countries you are running the contest.

While something may be funny to one person, it generally isn’t to others. To avoid negative feedback and have the best chance of people spreading the word, stick to widely accepted and wanted prizes in your niche.

6. Don’t Run A Contest For A Good Cause

If you run a contest with “I will donate $X to a charity or the latest global disaster, if I reach a thousands entrants” or something similar, you will get entrants who buy into this but you will also receive a fair bit of backlash. Generally people will say, why don’t you just donate the money now, people are dying over there you (insert expletive).

A lot of people don’t read the terms of the contest and then have a go at you when they realize it wasn’t what they expected. If you have any terms that are slightly out of the ordinary, make sure you put them in a place where people will read them as well as the in the terms and conditions. The more upfront you are about them, the less likely anyone will question you later after they have entered.