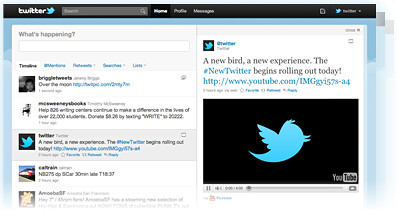 And oh, the promotional video for the #NewTwitter is also pretty cool! I like how they did it – illustrating the concept of sharing through Twitter AND the new design of Twtter.com. Very well done!